Generally, the first reaction when I give my opinion on why I personally consider myself as more of a Trekky than a Star Wars fan is a wild look of bewilderment, usually followed by hard-core Wars fans berating the Enterprise. The berating because of obvious reasons, and the bewilderment because I’m a girl.
. 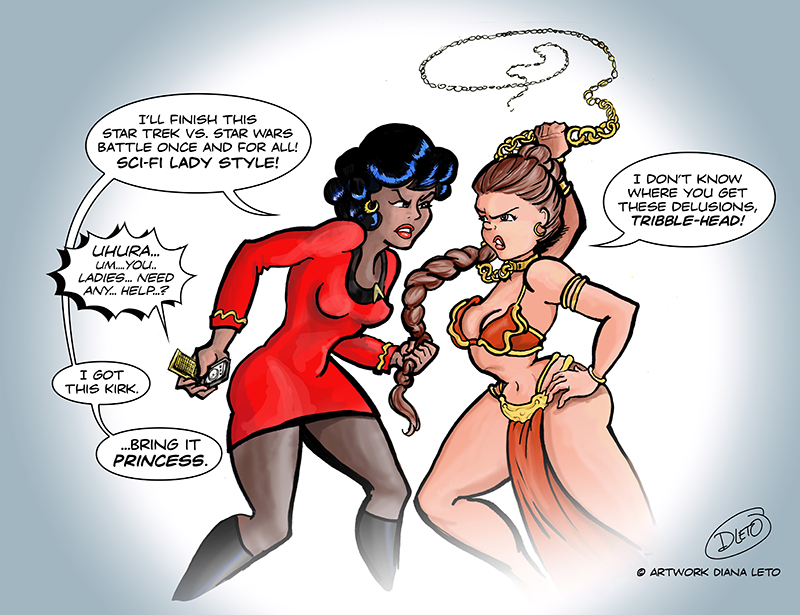 Hello readers! My name is Lindsey and I’m an intern at Astronaut.com.  While I’m here, I’ll be posting mostly entertainment-based blogs. However, before I jump into the vast, fascinating realm of science fiction and entertainment, I figured I’d begin by introducing myself.

Turns out I’m bad at selfies.

As previously mentioned, my name is Lindsey. I’m a senior at Armstrong Atlantic State University in the beautiful Savannah, Georgia. I’m interning remotely with Astronaut.com (yay technology!). I’m studying Communications with a minor in Art, and I want to go into publishing and/or writing.
But that’s boring stuff! Let me tell you why you should even bother reading my entertainment blog. You should because I’m a huge nerd.
And if you’re reading this, chances are you’re a nerd. Maybe not a big nerd, but you’ve got some interest in there, and that’s all you need!
So, let’s go ahead and debunk all the negative connotations surrounding the term “nerd.” Merriam-Webster says that a nerd is “: a person who behaves awkwardly around other people and usually has unstylish clothes, hair, etc.” and “: a person who is very interested in technical subjects, computers, etc.”
And Urban Dictionary says we’re “one whose IQ exceeds his weight.”
All right, all right. So maybe there are some negative connotations to it for everyone else. But any fellow nerd of mine knows that being a “nerd” is simply enjoying something. And our somethings usually tend to be fantastic and out of this world things. And we tend to really enjoy it. (I’m talking binging on all 7 seasons of Doctor Who on Netflix in a month and feeling empty when you had to wait for more.)
And personally, I like it because it gives me something bigger to aspire to. It’s nice looking up at the stars and imagine the Enterprise on it’s final frontier, the Doctor in his Tardis, Serenity galloping through the galaxy, or even a galaxy far, far away.
And that leads to the other part of this website: space and science!
So, we’ve all got a little nerd in us.
As for this nerd, I’ll be here posting blogs and working on social media. On that note, if you’re not following us on Twitter and if you haven’t liked us on Facebook, you should go do that. And while you’re there, let us know why you’re a nerd by hashtagging #whyimanerd.
(Also, give me a follow on Twitter, too, if you like.)
Live long and prosper, friends!
And in case you’re wondering, my favorite captain is Jean-Luc Picard.